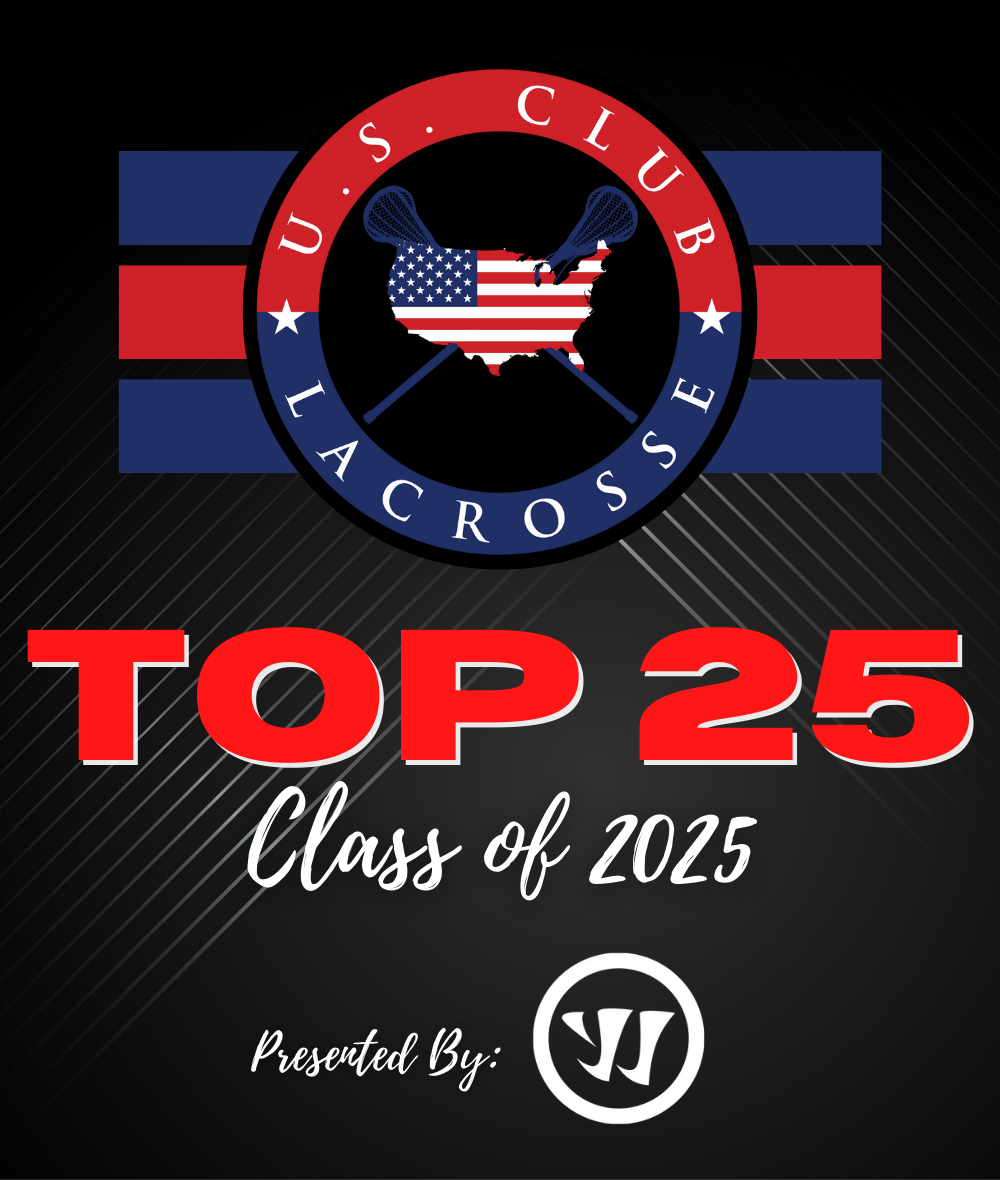 From Cross, Keys, MD the top team in our 2025 Boys Rankings is #1 Team 91 Maryland Fire (2025), who was near perfect this year at 23-1-1 at events like the IMLCA Players Summit, Millon Events National Showcase Championships, Sweetlax Summer Challenge and the NLF Championships.

Long Island's own #1 Yellow Jackets Spallina (2025) takes home the title for USCLUBLAX's top 2025 Girls team for the 2021-2022 Season. This squad won 18 games at some of the best girls events in the country like Live Love Lax, Lax for the Cure, G8 and the Youth Nationals.