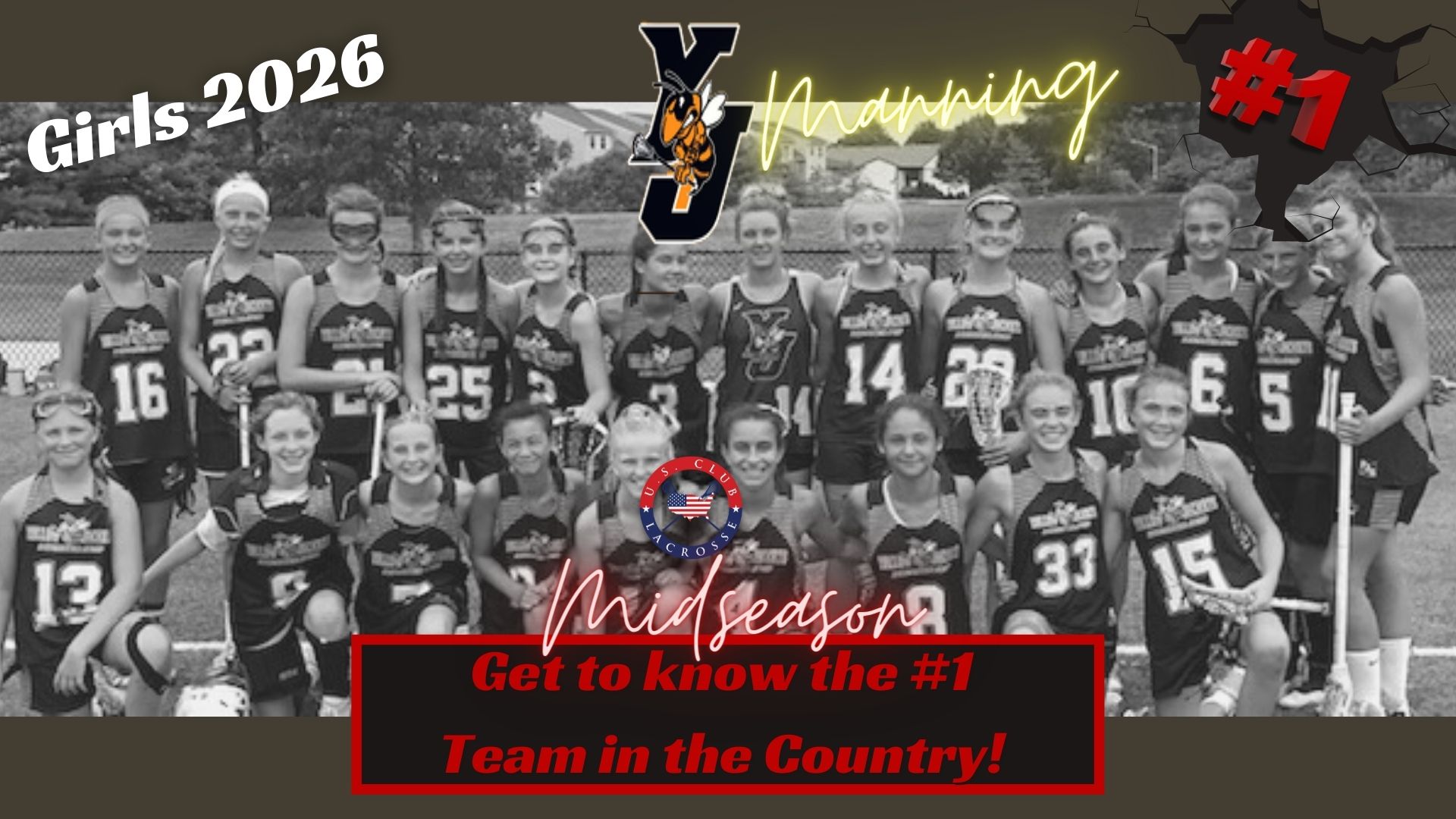 The 2026 Yellow Jackets Manning girls club lacrosse team has some high expectations for both the 2022 spring and summer seasons, finishing last year with a 19-3-1 record overall. They are currently ranked #2 in the 2026 class.

The team is coached by Chris Manning, Anthony Saccone, and Mackenzie Burns out of Holtsville, New York.

Coach Manning has been the Yellow Jacket coach since 2010. He has been a Lacrosse Official since 2015, and the Sayville girls youth Lacrosse Director since 2008. He is also a former Deer Park Varsity Coach.

Coach Burns has been a Yellow Jacket coach since 2017, and she is a former yellow Jacket player herself. She was a member of Sayville Lacrosse from 2011 to 2015, and went on to play at Stonybrook women's lacrosse 2015-2019 where she was an American East Defensive Player of the Year as well as Inside Lacrosse Honorable Mention All American.

“This team has a lot of great qualities but the best is the players have fun doing things together other than lacrosse,” Manning said. “They have had pool parties, have gone ziplining, made tye dye shirts and they do yoga together before every game. The coaches are looking forward to a great season and new adventures this year!”

There were a few players who stood out during the fall season:

Attacker Kaleigh Moeller #16 - never stopped working both when she had the ball and when we didn't. When Kayleigh attacked the goal most times the ball ended up in the back of the net. Kayleigh caused multiple turnovers when our attack was riding which led to easy goals for our team.

Midfielder Ashlynn Renkowski #20 - also stood out on the field. Ashlynn was relentless on the circle, gaining control of multiple draws and many ground balls. Ashlynn was hard to stop when attacking the cage and her shot is extremely accurate.

Defender Kate Atkinson #2 - was a leader on defense this fall. Kate was responsible for many turnovers and is almost unstoppable when clearing the ball. Kate's work ethic on and off the field rubs off on the entire team.

Goalies Abby Dieumegard #9 and Julia Lilienthal #5 both had a great fall season! The team averaged allowing only 3 goals per game and had one shutout during the fall. The coaches can count on Abby and Julia to always make the big save!

“The Yellow Jackets 2026 Manning had a very productive 2021 fall season. After only losing three games in the summer of 2021, the team only lost one game during the fall season,” Manning said. “The coaches are very lucky because we have 24 girls who all work extremely hard on and off the field. The great thing about this team is that they genuinely all like each other and are happy for each other when one succeeds. The coaches are comfortable starting and subbing any player for another at their position and confident that they would do their job!”

The Yellow Jackets are looking to take that top spot this summer by facing some great competition in all the events they are going to, and it will be an exciting matchup between this team and Hero’s Green 2026 if they end up playing each other. This team has a lot of talent and confidence from their coaches, and their ceiling is high for where they want to go.