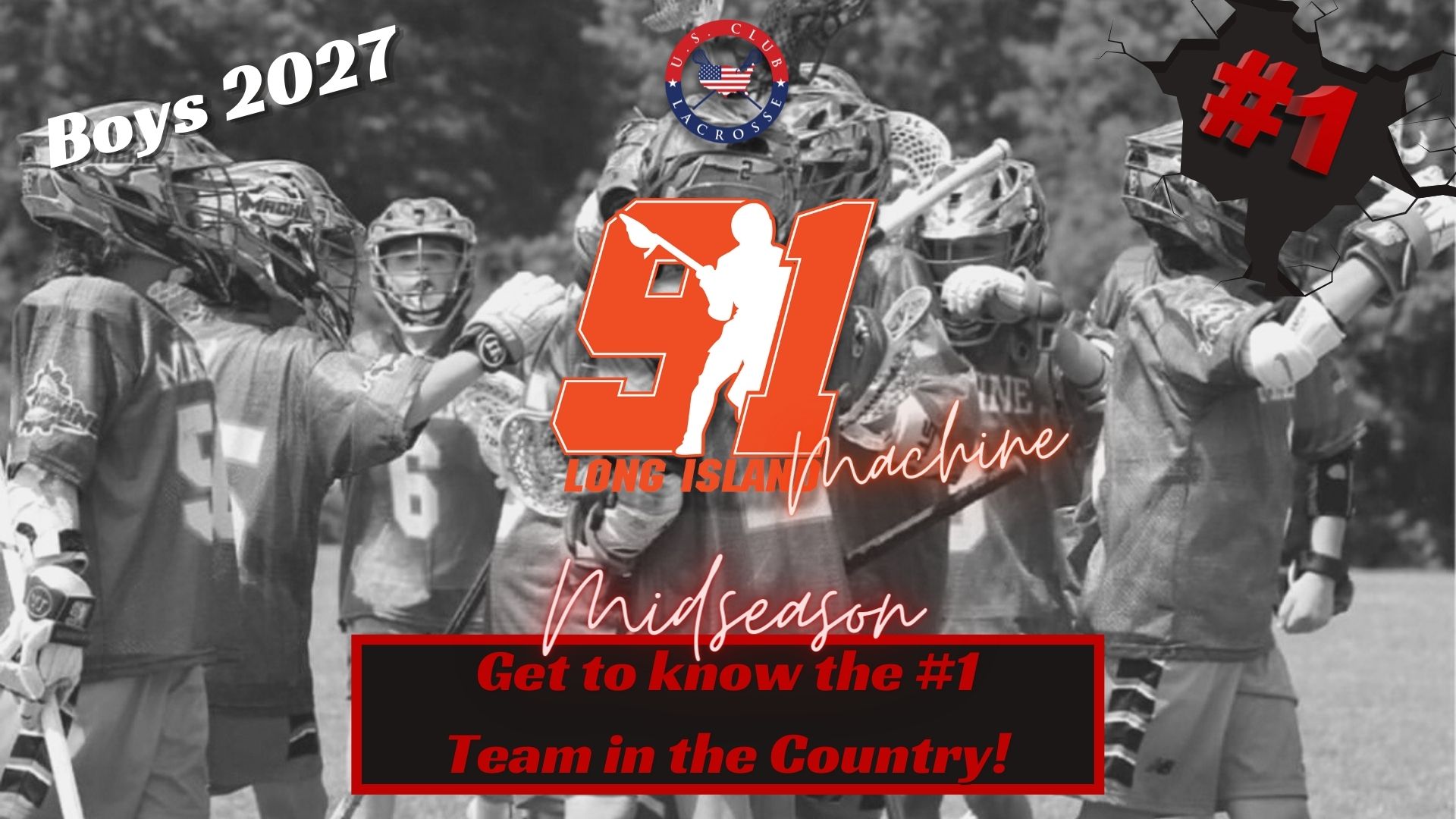 The 2027 Boys Team 91 LI Machine team is one of the premier teams in the country and the #1 nationally ranked team amongst the 2027 age level at the midway point of the 2021-22 USCLUBLAX season. This squad is coached by two-time All-American from Hostra and former Major League Lacrosse champ Brian Spallina along with Chris Rogler, Mike O'Connell and Vin Hannigan.

The 91 coaching staff believes that if this team can improve each time out, play as a team with a team first mentatlity, and hold each other accountable then positive things will happen. Thus far, Team 91 LI machine is 7-0 and have outscored opponents 82-24 at the Jack-O-Lantern Lax Classic and NAL Fall.

It is difficult to highlight just a few top performing players on this squad. "This is a true TEAM...The boys have all contributed greatly to the success of the team." Their resume is highlighted by wins against:

This 2027 age group is stacked with talent, but have also been able to bring those talents together to play as a cohesive team. "These boys are drive and have a great passion for their brotherfhood. They accept challenges set forth by their coaches."