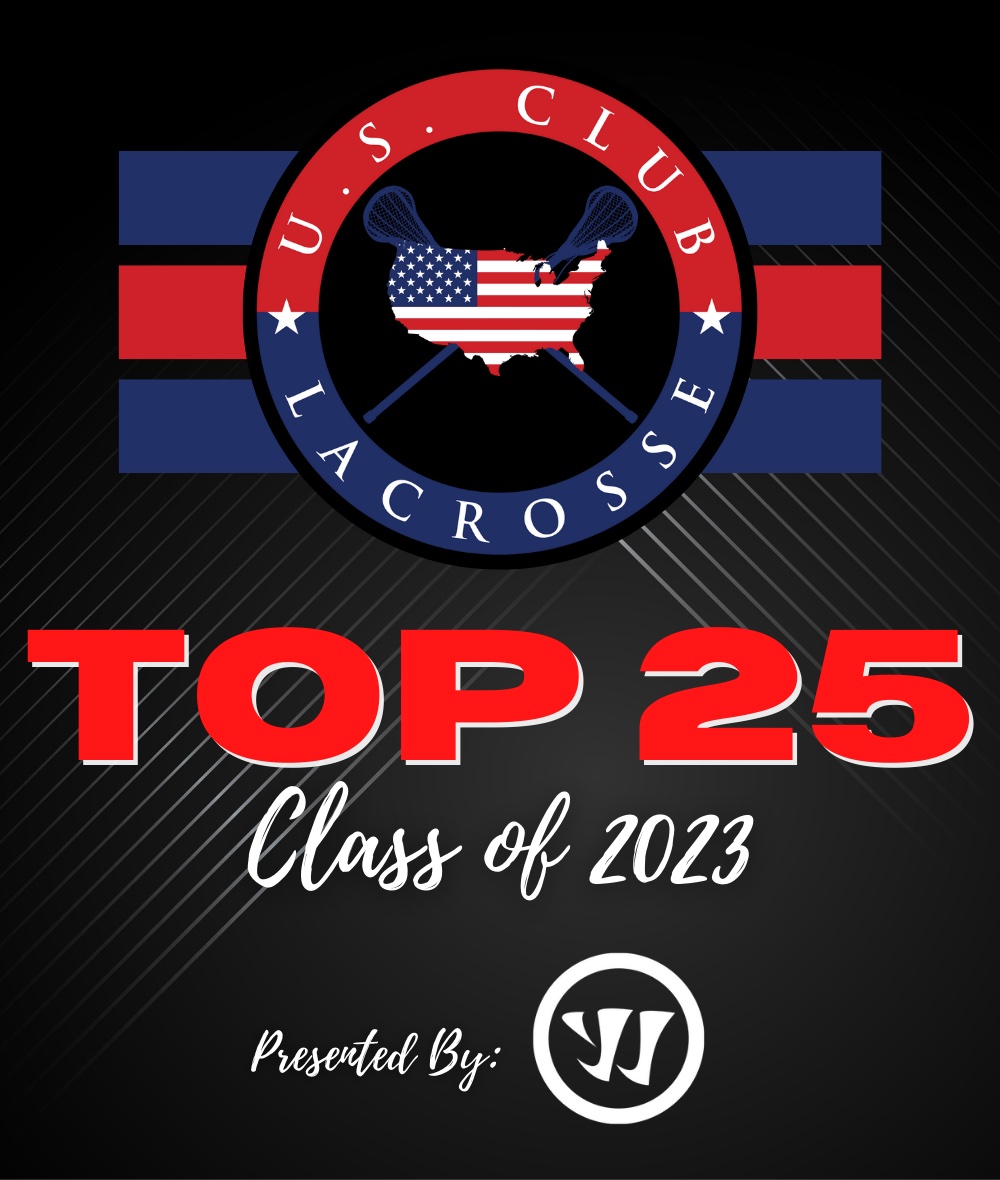 With an impressive 22-2 record, the Baltimore Crabs (2023) are our #1 team. This squad had a great fall and was our top team Mid Season and with some of their top talent heading to UNC, UPenn, Air Force, Navy, Ohio State, and Marquette to name a few, we can see why this team was so impressive. The Crabs had an average goal differential (AGD) of 4.95 and a strength of schedule (SOS) that was higher than any other team in the top 25.

The Girls 2023 finish was insanely close as seven (7) teams finished with a rating of 99 or better. This essentially means that there was less than a goal differential between each of these teams. The talent on all of these teams is top tier and we can definitely expect many of these girls to be playing at the next level in the Fall of 2023.

#1 NXT Black (2023) finishes the season atop the rankings. Led by Head Coach David Schlesinger, this team finished with a record of 25-3 and an AGD of 4.21 against a schedule that was just as difficult as any other top team in the country. This squad had a great year at top events like LAX For the Cure, IWLC President's Cup, LIVE LOVE LAX, Summer Genesis and NXT Summer Continental Cup.