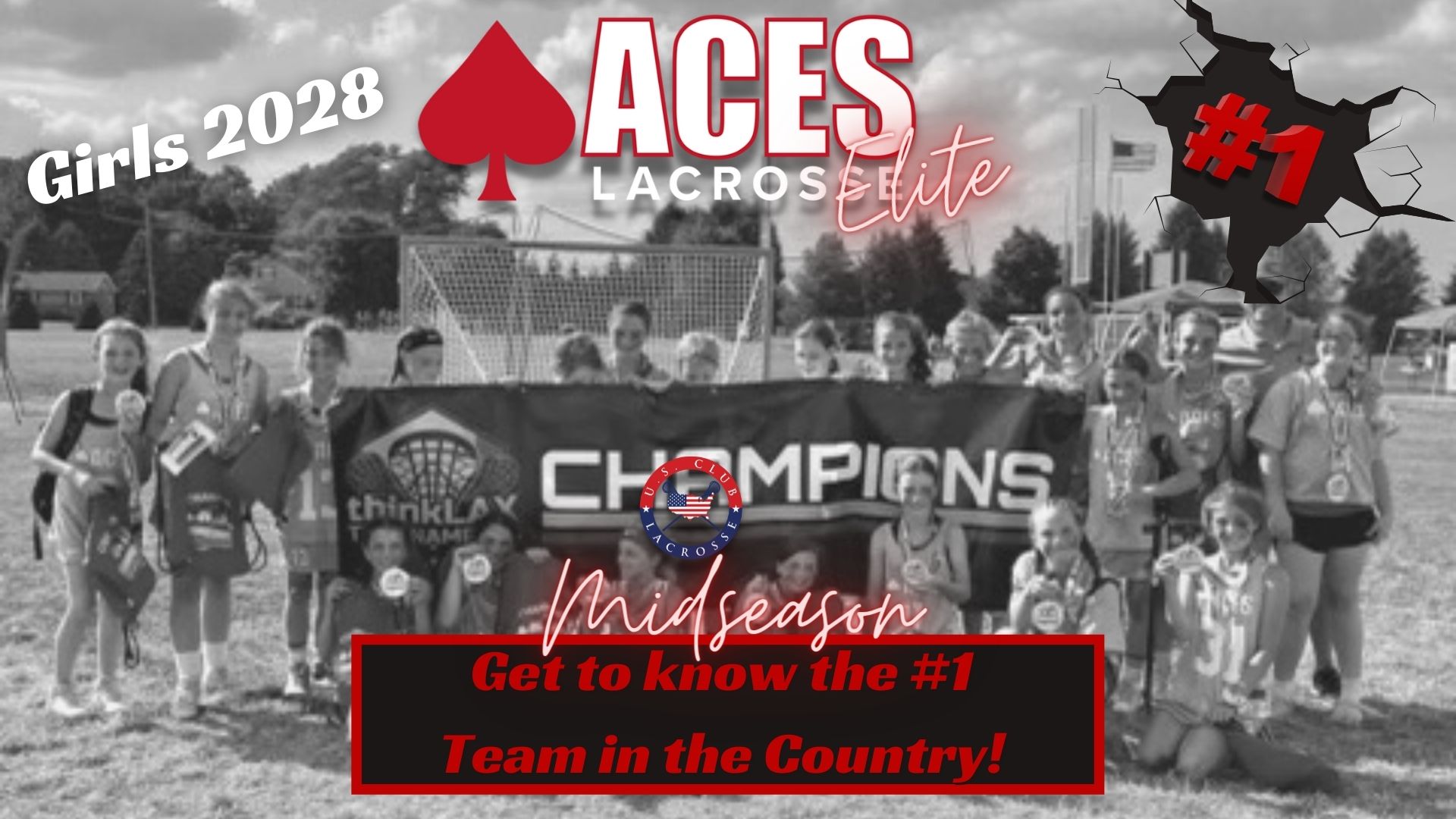 The 2028 Rocester Aces girls club lacrosse team carries nearly 24 girls and each and everyone of them contribute equally. The coaching staff firmly believes that these girls are interchangeable with one another, which helps lead to the tremendous success of the overall team. The Aces Elite are ranked #1 in the 2028 class with a record of 5-1 from Rochester, New York.

The Rochester Aces Elite are coached by RIT graduate and current St. John Fisher Men's Assistant Coach Craig Whipple. Whipple previously coached at Hobart College and Irondequoit High School where he led his alma mater to a State Final and National Top 10 ranking. He is joined by Assistant Coach Dave Houghton, Oswego class of 1999, and Jerry Hedden, Clarkson class of 1998.

“The outlook for this team is looking very promising. This group knows that because of their early success, they will have to work twice as hard to maintain this pace,” Whipple said. “They are very mature, focused, and more than ready to take on the next challenge.”

The Aces are led out of the gate by speedy midfielders Lexi Corcoran, Cora Grbic and Lucy Whipple. Their attack features scorers Gianna Hedden, Abby Houghton and Vivana Beardsley. Their defense is anchored by Lucy Sisson and Ever Shull. The quick hands of Natalie Stuart will be in goal. Also expect big things from Nina McVean who is a do it all type of player on the field.

The Aces will be competing at NGLL, Summer Genesis Origins Tournament, Crab Cake Tournament, and the Lax By The Sea Tournament.

This will be a huge summer for the Aces, and it will be interesting to see if they can hold that #1 spot against some great competition. The talent across the board on the roster will be a huge help for the ranking and spot the team stays in, and if they dominate the events they are at, the future is bright for these girls.